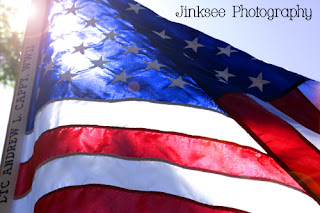 I have read many of your blogs about what you did on the 4th of July. How I loved hearing about your activities. Everyone celebrates it in so many different ways, yet the one thing that is common about them all, is the gratitude we feel for our freedom. I'm no different. Freedom is huge for me. I wish there was a way that all the service men and women could read our blogs and see just how grateful we are for our freedom, and for them..those who are sacrificing everything for us...
One of my favorite things to photograph is the American Flag. I think that's a nice way to start off this post..

Yesterday was such a busy day. It started off with a community breakfast. Pancakes, juice, fruit..all that yummy stuff. :D Then, we headed back home to count all the money we could find around the house. ($11 dollars!! Can you believe we had that hiding in our house!?) Off to the firework stand to buy a few fireworks, and then downtown to a 'Pet Parade'. Yes..you read that right. Pet Parade. 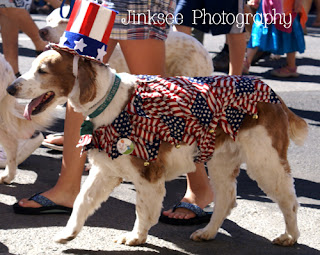 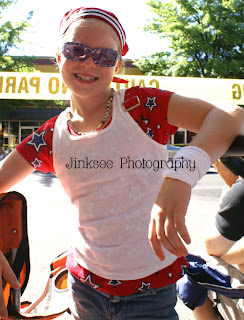 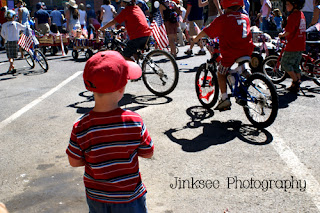 People would dress up their pets..anything from dogs, horses, a rooster, hamsters..you name it..they were decked out in red, white and blue. It was pretty cute! I have never seen a pet parade before, this was new to me.

After the parade, we went home because it was SO HOT outside. (easily 100 degrees) Cooled off for a bit, then made a BBQ Chicken dinner to take to the grassy field where the HUGE town fireworks would be launched. I kid you not..these fireworks were amazing and huge and SO loud. The kind that make you catch your breath..love those! I..didn't..bring..my..camera.. *gasp!* I know. Bad Photographer! Now I'm kicking myself, wishing I had so I could try to show you the fireworks here. In previous years, I've lived in places where fireworks were banned..but this year, I live in a place where EVERYONE lights them off. (and I'm not kidding when I say everyone.) You could hear them going off on one side of town..then my side of town would have explosions..then the other side again..it really sounded like we were in a war zone. I couldn't believe how loud they were, and how steady a "KABOOM" there was. It was like a 360 degree explosion all around me. When you looked in the sky, it was magnificent..seriously the coolest light show I've ever seen. Then, around 10pm..the town firework show started, and everyone...EVERYONE...was quiet. No other fireworks were going off..no one was talking. Pure silence except for the sound of the lone firework whirling it's way to the sky where it would explode in a rainbow of color. One by one the fireworks went up..exploded...then floated down in burning embers to the ground. I was speechless..the emotions I felt right then and there. I wondered if this was my wake up call as to what it might be like in a war..the noise all around me..the shaking feeling in your heart with each loud BOOM, the lights, the sounds.. It was a safe wake up call because I knew I was safe and not really in a land where fighting was happening. 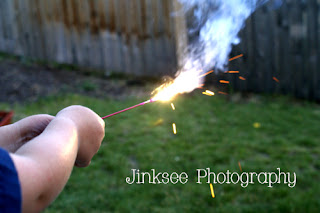 When it was all said and done, and we made our way back home..the car was silent, and I quietly reflected and thanked all the people who are fighting for my freedom daily. DAILY. I don't know their names, and probably never will..but I know they are there, doing what so many of us can't or won't. And for that, I'm truly grateful.

So I'll end this post the same as I started it..with a photo of our American Flag, as my small way of saying "THANK YOU" to everyone who has fought to keep me and my loved ones safe... 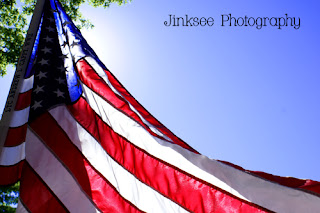 Happy 4th of July everyone..